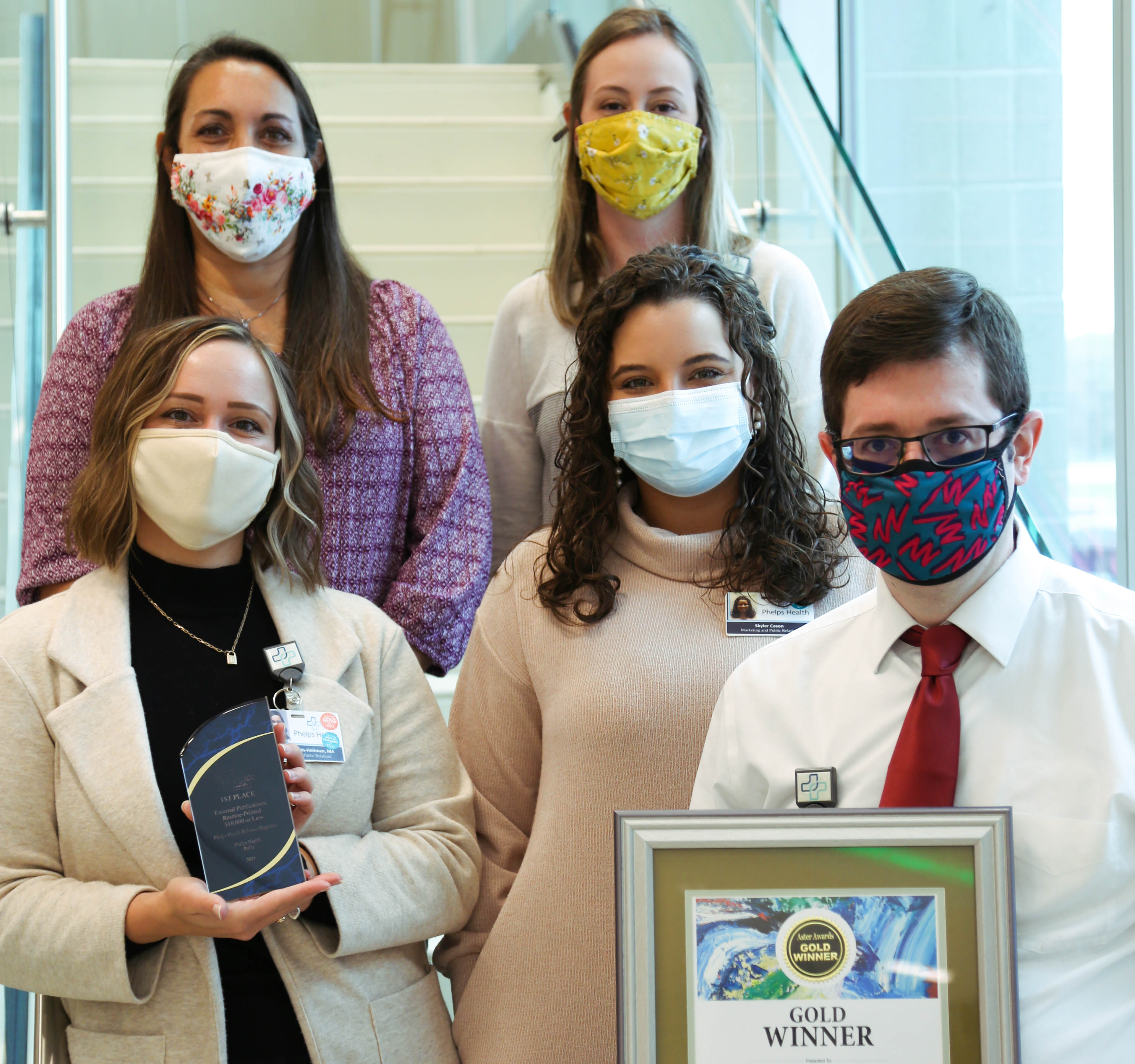 The Phelps Health Marketing and Public Relations Department has been recognized for excellence in advertising and marketing efforts.

Phelps Health has won awards in previous years from these organizations.

“Receiving these awards is quite the honor,” said Phelps Health Director of Marketing and Public Relations Paige Heitman. “Communicating and marketing effectively to our communities is our passion, and we are proud that our work was recognized as among the best in the nation and abroad.”

The Aster Awards presented to Phelps Health were for work done in 2020. Phelps Health’s entries were judged against submissions from similar-sized organizations across the United States and abroad. The Phelps Health Marketing Department won the following Aster Awards:

Visit www.asterawards.com for more information about the Aster Awards program.

The following Show-Me Excellence Awards were presented to the Phelps Health Marketing Department:

A statewide panel of public relations and marketing professionals judged the entries in this year’s competition.

This awards competition was established by MAHPRM in 1981 and is the only Missouri competition dedicated to hospital and healthcare public relations and communications efforts. The competition included projects in media relations, advertising, publications, writing, photography, marketing and public relations.

Visit mahprm.org for more information about the Show-Me Excellence Awards and MAHPRM.