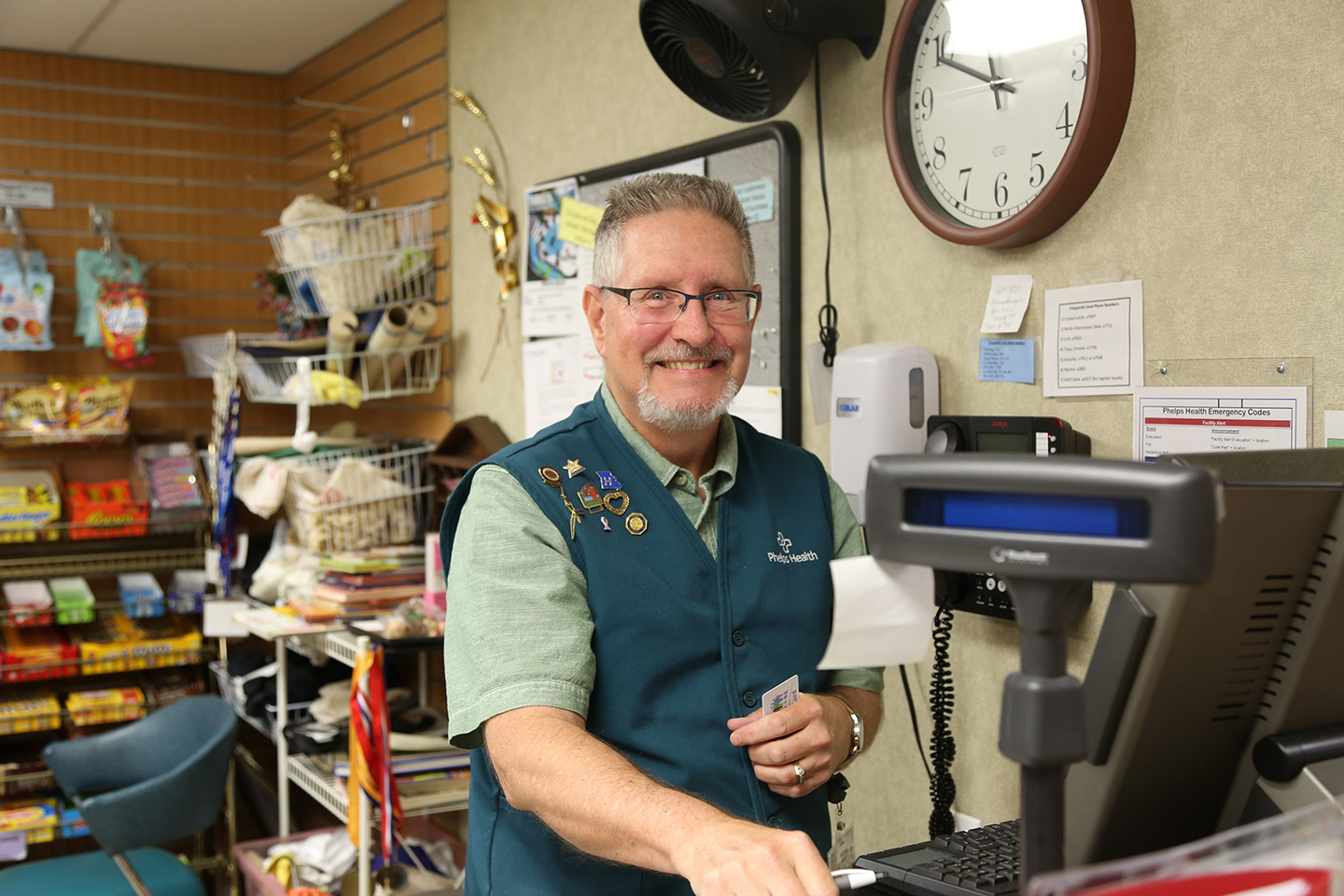 Michael Linhart began volunteering at Phelps Health in early 2015. After having back surgery, he was unable to work full time. However, he still wanted the chance to get out of the house and give back.

Linhart asked Tina Pridgeon, former director of the Phelps Health Auxiliary and Volunteer Services, if he could volunteer. “I wanted something that would challenge me mentally,” he said.

At first, Linhart volunteered in the Emergency Department and helped out there until about a year ago, when another volunteering opportunity at Phelps Health came along that was more to his liking.

Linhart learned that the Repeat Boutique needed some help, and he asked to start assisting there. The Repeat Boutique at Phelps Health Hospital is a resale shop that offers gently used clothes, books and more. 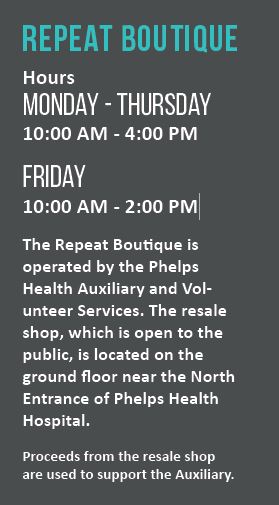 “I’m very outgoing, and I like dealing with customers,” Linhart said. Volunteering at the Repeat Boutique involves a lot of face-to-face time with people and other volunteers, and Linhart said he really likes that aspect.

“It’s the perfect fit,” Linhart said, noting that he normally volunteers at the resale shop Thursdays and Fridays and fills in as needed. This flexible schedule is something Linhart said he enjoys about volunteering with the Auxiliary.

“Volunteering gives me the opportunity to do what I enjoy and when I am available,” Linhart said.

“Some volunteers do five days a week, and some just do a small shift one day a week. It’s as little or as much as you want,” Linhart added.

Linhart said he enjoys volunteering so much that he convinced his brother, Russell, to join the Auxiliary, too. His brother has since left to live in Columbia, Missouri, but Linhart noted that when they did volunteer together, it was fun since volunteers’ relatives helping at the same hospital at the same time can be rare here.

Linhart recommends more people, especially men, become volunteers at Phelps Health. “It’s the perfect opportunity to give back to the community,” he said. “You just get some satisfaction from volunteering.”

Linhart likes to refer to his time volunteering now as “Life B,” with “Life A” referring to his previous years before retirement.

Linhart was born in Cabool, Missouri, but moved to the Rolla, Missouri, area and is a Rolla High School graduate. He later joined the US Navy and moved to Maine, where he worked full time in a hospital there, while attending college full time. Linhart moved back to Missouri in 2014.

His prior experience in healthcare in Maine influenced him to volunteer at Phelps Health. When not volunteering, Linhart enjoys fishing with his brother. “I’m also an avid reader, and I love Sudoku puzzles,” he said.