Former Nurse Credits Diabetes Educators for Getting Her ‘Back on Track’ 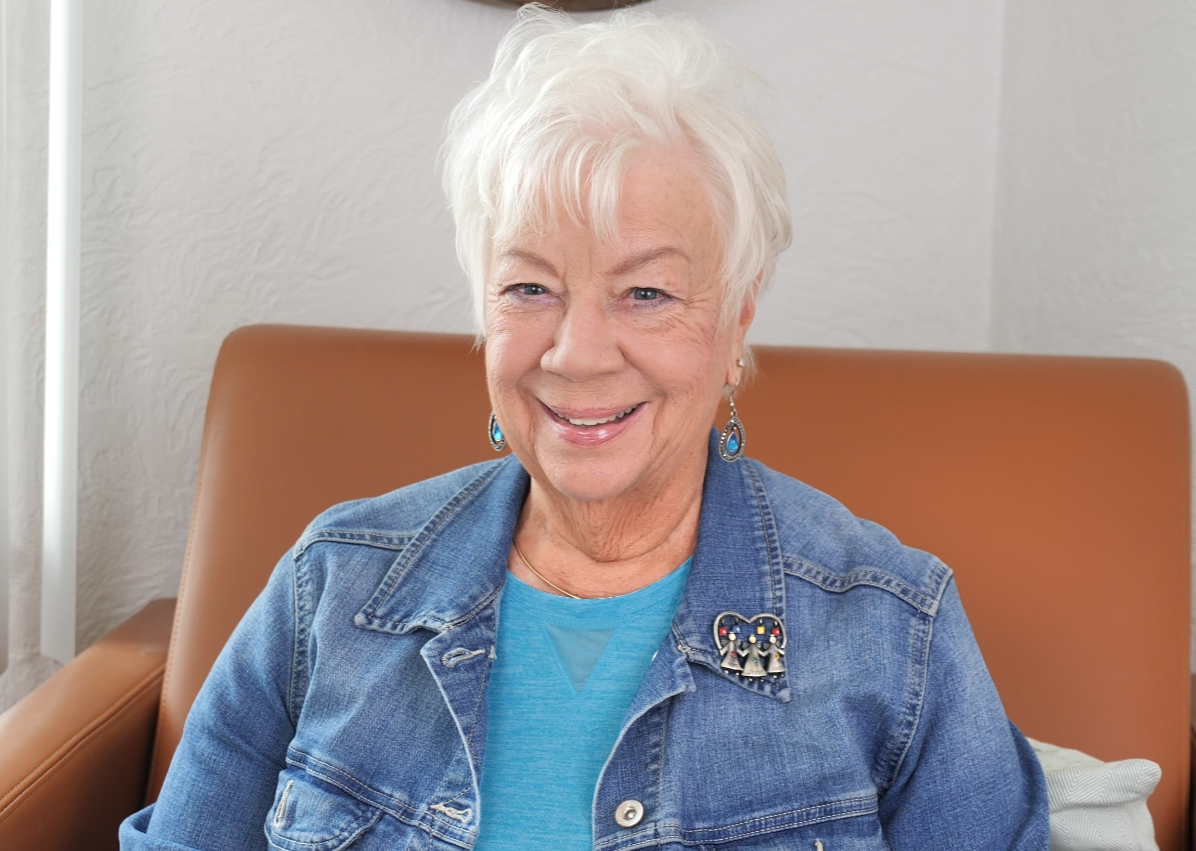 After completing the diabetes education classes at Phelps Health, Mary Jane Aufdengarten, who has type 2 diabetes, said she has started exercising and eating better.

While working one day in 2010 at the General Leonard Wood Army Community Hospital at Fort Leonard Wood, Mary Jane Aufdengarten was at her desk and began feeling faint.

“One of my coworkers took me to the ER [emergency room,] and a friend of mine came out and said, ‘Well, I didn't know you were diabetic.’ And I said, ‘I'm not,’” Mary Jane recalled.

However, she did have diabetes. She just hadn’t been diagnosed with the condition until that day.

“I just couldn't believe it,” she said. “I was really in denial and just thought that [a diabetes diagnosis] was the most awful thing that could happen. How could that be?”

Mary Jane, who is now 73 and lives in Rolla, has type 2 diabetes, a chronic disease in which a person’s pancreas doesn’t properly use insulin.

According to the Missouri Department of Health and Senior Services (DHSS), an estimated 38,000 Missourians are diagnosed with diabetes every year.

As a former emergency department and critical care unit nurse, who also worked in care management for some time, Mary Jane said, “I thought I knew a lot about diabetes and that [I couldn’t have the condition] because it wasn't in my family.”

Except for her mother, who was diagnosed in her late 80s, Mary Jane has no family history of diabetes.

After learning of her condition, Mary Jane said she thought that if she lost weight, started eating better and exercised that her diabetes would go away and she would be cured.

She initially lost weight, but then the COVID-19 pandemic began. Over the last few years, she found herself not exercising as often or eating as well as she used to. She prayed and thought about how she could turn things around, telling herself, “There's got to be a way I can get back on track.”

Mary Jane knew she needed to rethink everything she knew about diabetes, and she had to get a better handle on managing her condition.

“I just wanted to get re-educated because I obviously had forgotten more than I ever knew,” she said.

Then, Mary Jane heard from a friend about the Phelps Health Diabetes Self-Management Education and Support program. This program helps people with diabetes learn the tools and resources needed to manage their diabetes and enjoy life.

When Mary Jane started the diabetes education classes, she worked with Pati Cox, a certified diabetes care and education specialist at Phelps Health.

Pati guided Mary Jane through the diabetes education program and answered all of her questions. In the program, participants learn about meal planning, diabetes medication, short- and long-term complications of diabetes, glucose monitoring and more.

“She [Pati] taught me that if I eat something, and I’m not sure how it's going to affect my blood sugar, that I should wait about 2 hours and check my blood sugar to see what happens,” Mary Jane said.

“All the things that I've learned were put in the toolbox, and I became less fearful of medication when I saw what it does [to my body],” Mary Jane said.

In addition, she attended Phelps Health’s Diabetes Support Group, which meets the second Tuesday of each month from 4:00-5:00 PM at the Delbert Day Cancer Institute. At the support group, people can meet and talk with others living with diabetes and learn about different topics, including ways to control blood sugars and cope with stress.

Before her diagnosis, Mary Jane described her lifestyle as inactive.

“I handled stress by eating instead of choosing healthier ways, and I think I probably had frequent urination,” she said, along with high blood pressure.

In addition to the symptoms Mary Jane experienced, other signs of diabetes can include excessive thirst or hunger, blurry vision, increased tiredness as well as infections, cuts or sores that heal slowly.

After completing the diabetes education classes at Phelps Health, Mary Jane said she has started exercising and eating better, which has allowed her to become more involved with her church and volunteering. She also no longer needs certain medicines for her diabetes.

“I have led a healthier lifestyle since I've been diagnosed with diabetes than I probably ever did before,” she said. “I know my body a little better now.”

While Mary Jane has completed the education classes, Phelps Health’s diabetes educators are available for follow-ups, if needed. This way, she can update them on her progress.

Mary Jane has recommended the Phelps Health diabetes education program to friends who have the condition, too.

“I've always been very pleased with Phelps Health,” she said.

Ask your primary care provider for a referral to the Phelps Health Diabetes Self-Management Education and Support program today. Call (573) 458-7314 to learn more.