From Military to Maternity Care 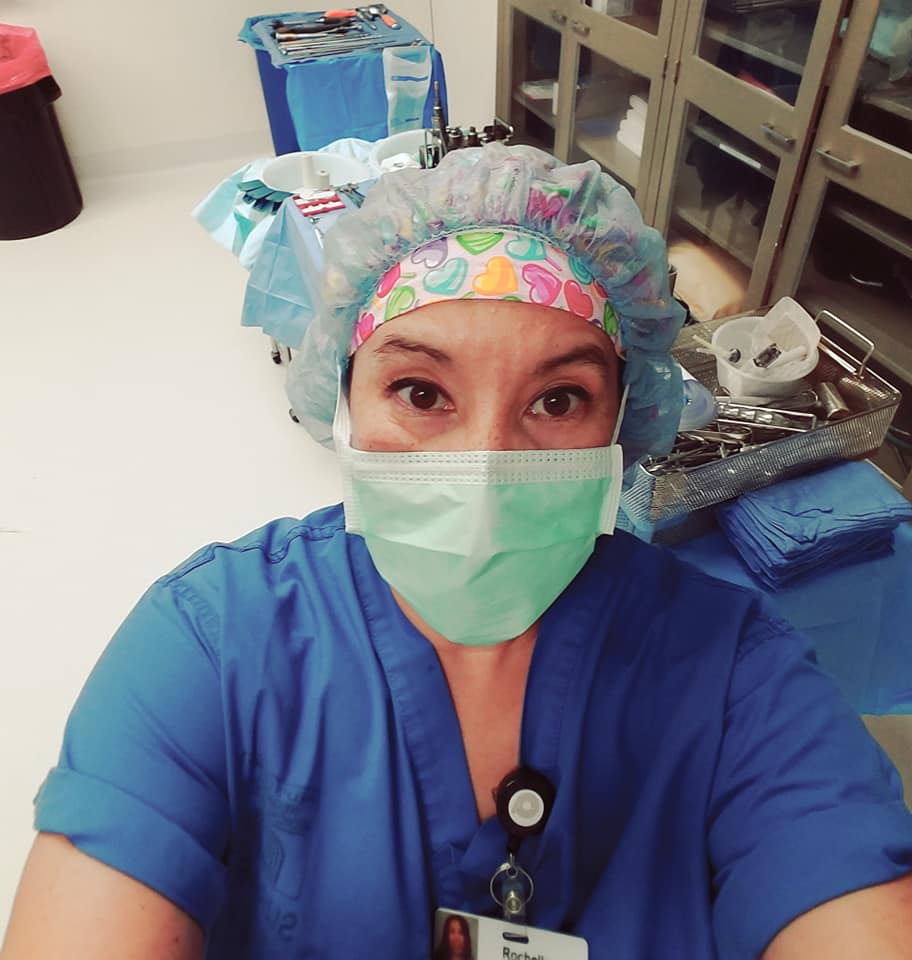 Rochelle Villanueva is a surgical technologist at Phelps Health.

While transitioning from military to civilian life can be tough for many service members, the US Army Career Skills Program (CSP) aims to make that change easier for many people.

Rochelle Villanueva, a surgical technologist at Phelps Health, is a perfect example of how the CSP is beneficial.

After 23 years in the military, Villanueva retired in September 2018. For the last five years, she was stationed at Fort Leonard Wood, Missouri.

Her years of service included time as a unit supply specialist with the National Guard and nine years as a surgical technologist with the Army. In addition, she spent the last 13 years with the Military Police.

As Villanueva was getting ready to transition out of the military, she learned of the CSP, which helps prepare service members with finding jobs in the civilian sector.

"The CSP identifies soldiers with six months or more left on active duty and places them in internships in a civilian capacity, so they can gain experience working in the civilian capacity," said Geoffrey Bieniek, veteran employment specialist with the Missouri Division of Workforce Development.

The program benefits service members who are paid by the Army to learn new job skills in the civilian sector. "It is just great civilian experience while they (service members) are still in the Army," Bieniek said.

Businesses and organizations, like Phelps Health, who are partners in the CSP, help train to hire transitioning service members who are ending their military career for up to six months at no cost to the business or organization.

"The CSP allows Phelps Health to partner with our Armed Forces to assist service men and women to transfer their job skills more effectively to ensure a smoother transition to the civilian workforce," said Phelps Health Chief Human Resources Officer John Emmart. "We provide the environment for them to learn while working, which is a ‘win-win’ situation for all."

Since Villanueva previously learned the skills to be a surgical technologist while serving in the Army, she said she wanted to use those skills outside of the military. She then accepted a three-month internship, working in the operating rooms (OR) at Phelps Health.

"The OR crew was amazing and helped me with everything, every step of the way," Villanueva said.

After her internship was over, she wanted to stay, so Villanueva was referred to apply for an opening in the Obstetrics/Nursery department at Phelps Health in Rolla.

Villanueva has worked in that department since the fall of 2018 and strongly recommends that any service member looking to transition to civilian life take part in the CSP.

"The program really sets you up for success," she said. "It’s a good feeling for soldiers knowing they have a job (after their military career ends)."

Last year, Villanueva enrolled in Lincoln University at Fort Leonard Wood, where she is still pursuing a degree to become a Registered Nurse (RN).

For more information about internships or career opportunities at Phelps Health, visit phelpshealth.org/careers.