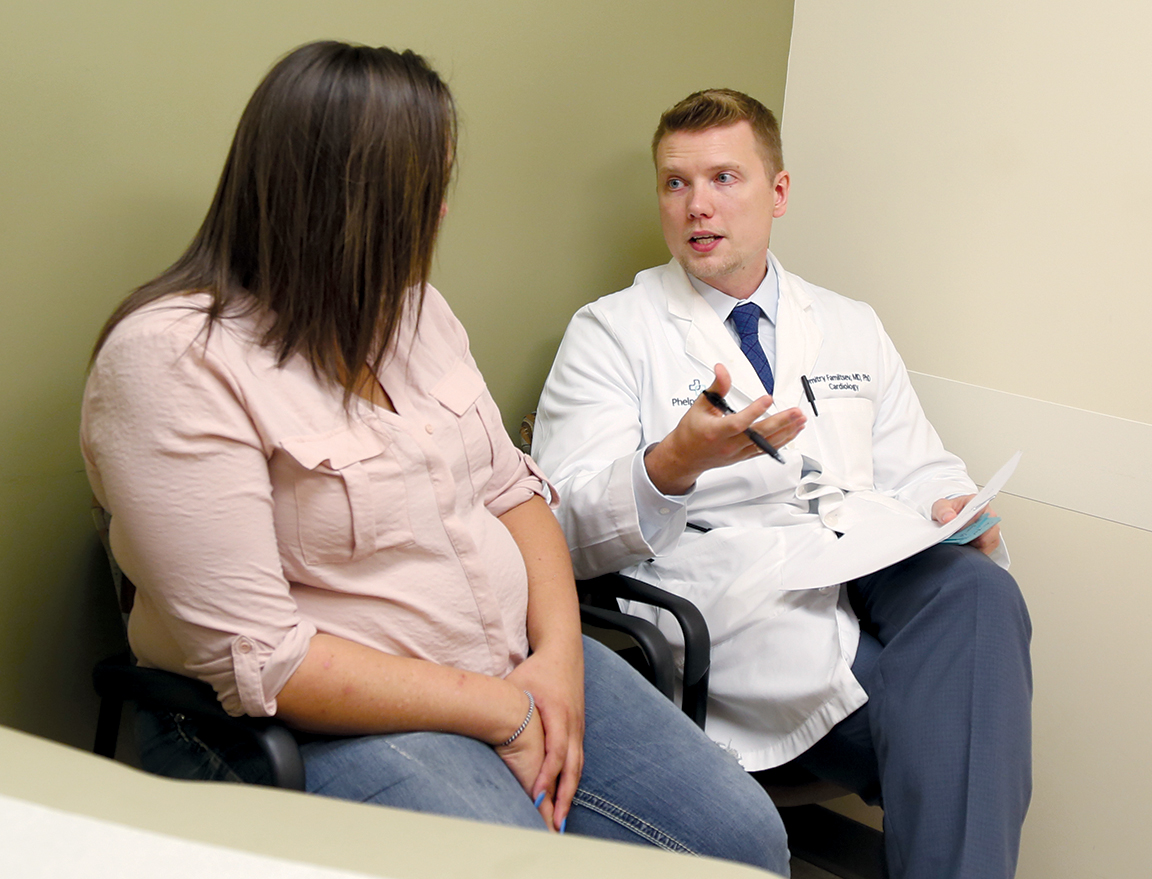 Dmitry Familtsev, MD, PhD, was the first in his family to become a doctor.

“I was always interested in how the human body works, and being a physician is a good profession to have,” said Dr. Familtsev, who joined the Phelps Health Medical Group as a new cardiologist in the summer of 2019.

In this role, Dr. Familtsev cares for patients with heart disease and related issues to the cardiovascular system (including the heart and blood vessels).

“With heart care, there are a lot of patients who require attention,” Dr. Familtsev said. “In this field, there is a great mixture of both treating patients with heart disease and educating them about prevention.”

Dr. Familtsev has special interests in preventive care, heart failure and cardio-oncology (treating heart conditions in patients who have cancer). He said the physiology and mechanics of the heart greatly interest him, which is why he chose cardiology as his specialty.

He is trained to treat adult patients with several heart-related issues, including, but not limited to, the following conditions:

One aspect of cardiology that Dr. Familtsev enjoys is that when treating patients for certain heart conditions, patients often times notice immediate results. “You can really see a difference,” he said. “I also really like the diversity of heart care.”

As for why he chose to practice at Phelps Health, he said he wanted to work in an area where he could help many people. “When I interviewed here, I found the people to be very nice,” he said.

Dr. Familtsev grew up in Russia, and he earned his medical degree from Omsk State Medical Academy in Omsk, Russia. He then came to the United States around 2008 and received training in internal medicine from the University of Louisville in Louisville, Kentucky.

He completed a cardiovascular disease fellowship program at the University of Arizona College of Medicine in Tucson, Arizona. During his fellowship, he was named chief fellow, an honor only given to about two people per year. He also earned a Doctor of Philosophy in anatomical sciences and neurobiology from the University of Louisville.

Dr. Familtsev is certified as a Registered Physician in Vascular Interpretation (RPVI). Dr. Familtsev is married and has two children. He speaks English and Russian. His hobbies and interests include playing music, fitness and sports, reading classic literature, spending time outdoors and traveling.