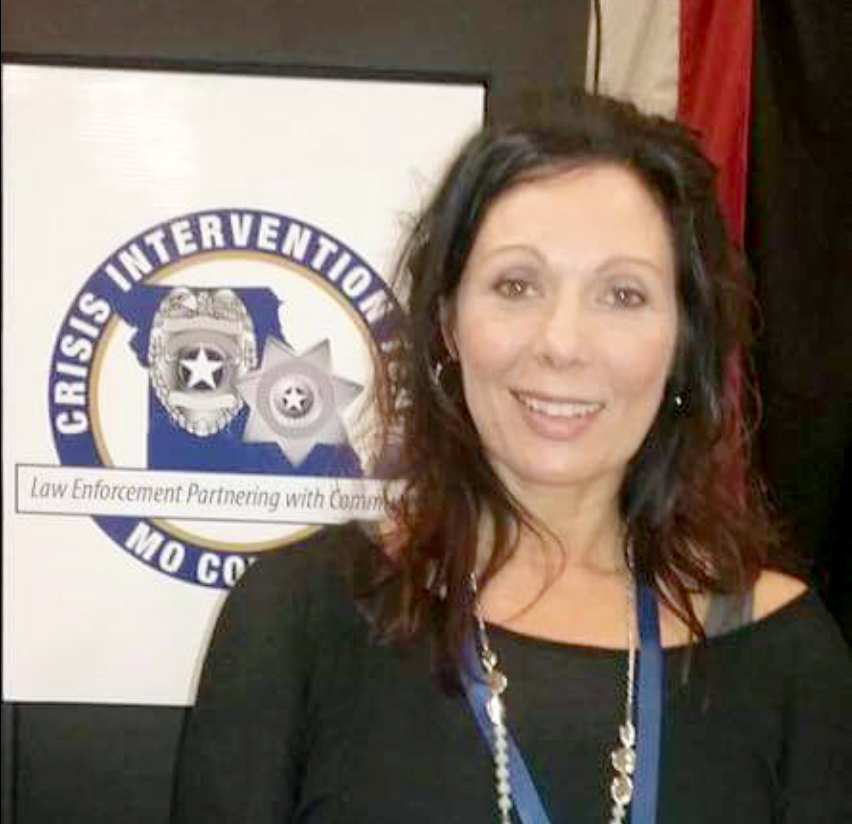 Kim Woodson, social worker with the Phelps Health Emergency Department, was named the Crisis Intervention Team (CIT) Champion of the Year for 2019 by the Missouri CIT Council.

Kim Woodson, a social worker with the Phelps Health Emergency Department, was named the Crisis Intervention Team (CIT) Champion of the Year for 2019 by the Missouri CIT Council.

Woodson was recognized with this award during the Fifth Annual Missouri CIT Conference held March 18-19, 2019, in Columbia, Missouri.

This honor is given to individuals who are dedicated, persuasive and compassionate advocates for the CIT program and who have gone above and beyond to promote CIT training and principles in the county they serve.

CIT Champions advocate for those living in their county who may encounter a CIT-trained officer, effectively work to build partnerships and awareness of CIT within that county, work to develop a strong CIT program in that county and more.

“I was very honored and excited to receive this award,” Woodson said.

Woodson has been a member of the South Central CIT Council, based in Rolla, since the regional group formed in 2013. She has worked in the Phelps Health Emergency Department since 2010.

Woodson specializes in helping those with mental health needs and substance abuse connect to the services they need and find the right resources.

“The CIT is an important piece of any community,” she said.

The South Central CIT Council meets every two months at the City of Rolla Fire and Rescue headquarters to discuss strategies and specific cases.

Woodson is the second individual to win this award from Phelps County in the past two years. Last year, Connie Collins from Compass Health-Pathways in Rolla was named the 2018 CIT Champion of the Year.