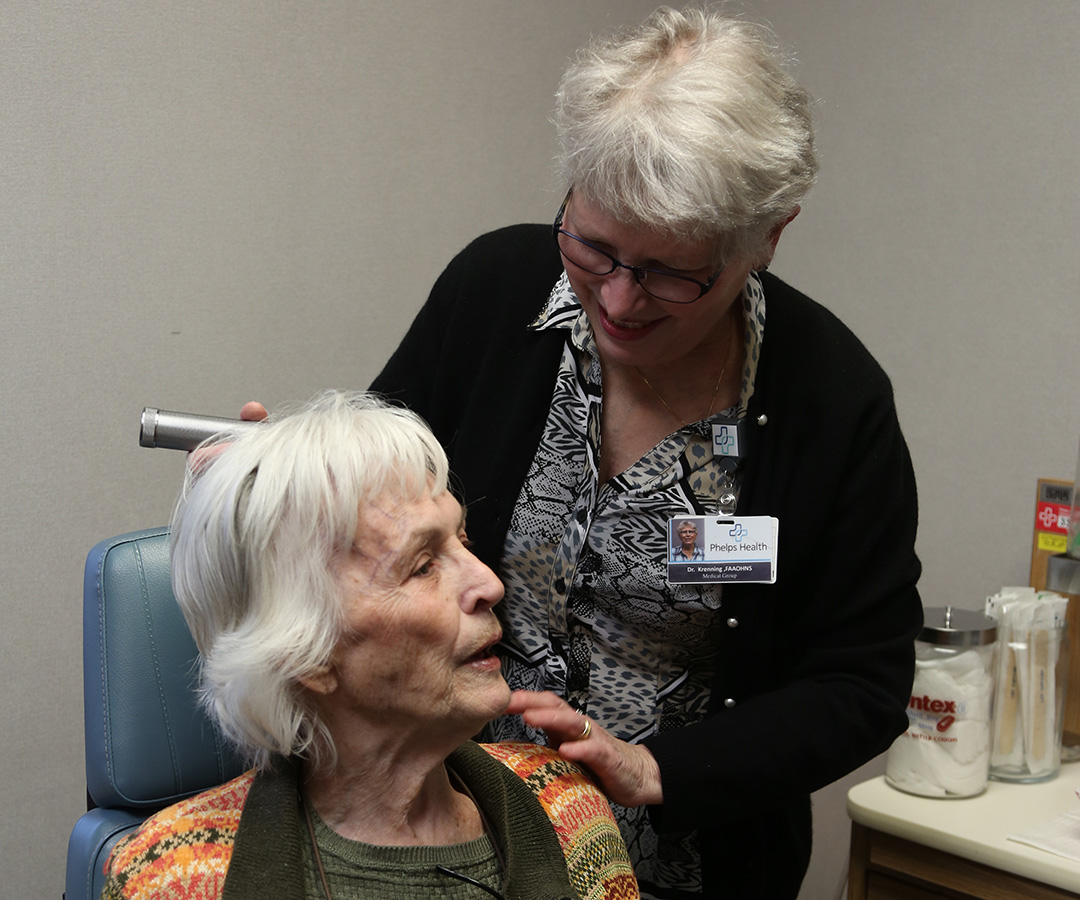 For about a year, Delores Wagner had an itch in her ear that would not go away – no matter what she did.

“It was just a terrible itch,” Wagner recalled, adding that her itchy ear would cause her to wake up in the middle of the night. “It drove me crazy.”

Wagner, who is 77 and lives in the St. James, MO, area, said she tried using witch hazel and rubbing alcohol to relieve the symptoms, but the itch persisted.

She went to several doctors, including a skin specialist, trying to find an answer. “I was desperate,” Wagner said.

Then, one day, she looked in the phone book and called Judyann Krenning, MD, an ear, nose and throat (ENT) physician with the Phelps Health Medical Group.

“I had never seen her before, and I thought I’d give her a shot,” Wagner said.

During her appointment in December 2019, Wagner said Dr. Krenning looked in her ear. Dr. Krenning researched the issue on her computer and discovered that Wagner's ear itch appeared to be psoriasis.

Psoriasis is an autoimmune disease, which is typically chronic, according to Dr. Krenning. Psoriasis causes a person’s skin cells to multiply up to 10 times faster than normal, resulting in red and sometimes purple, dry, itchy, scaly skin lesions.

While psoriasis typically affects a person’s scalp, elbow, knees and lower back, the condition also can be found in the ear canals sometimes.

Several creams and medications exist that treat psoriasis. Wagner said she was given some medicine and within about one week, the itch was gone.

“It’s never come back, and I’ve had no problems since then,” Wagner said.

Patients with psoriasis in their ear canals should keep water out of their ears, use unscented shampoos and limit any type of hair products from entering the ear canal, Dr. Krenning advised.

Wagner is quite thankful that Dr. Krenning was able to help her. “She is a miracle worker. She is the queen of doctors,” Wagner said.

“She didn’t rush me,” Wagner said of Dr. Krenning. “She took her time with me and really paid attention to me. She treated me like I mattered.”

ENT and allergy services are offered at the Phelps Health Medical Group at 600 Blues Lake Parkway in Rolla, MO, and the Phelps Health Waynesville Medical Plaza in Waynesville, MO. To learn more about ENT care, click here, or to schedule an appointment, call (573) 364-5719.