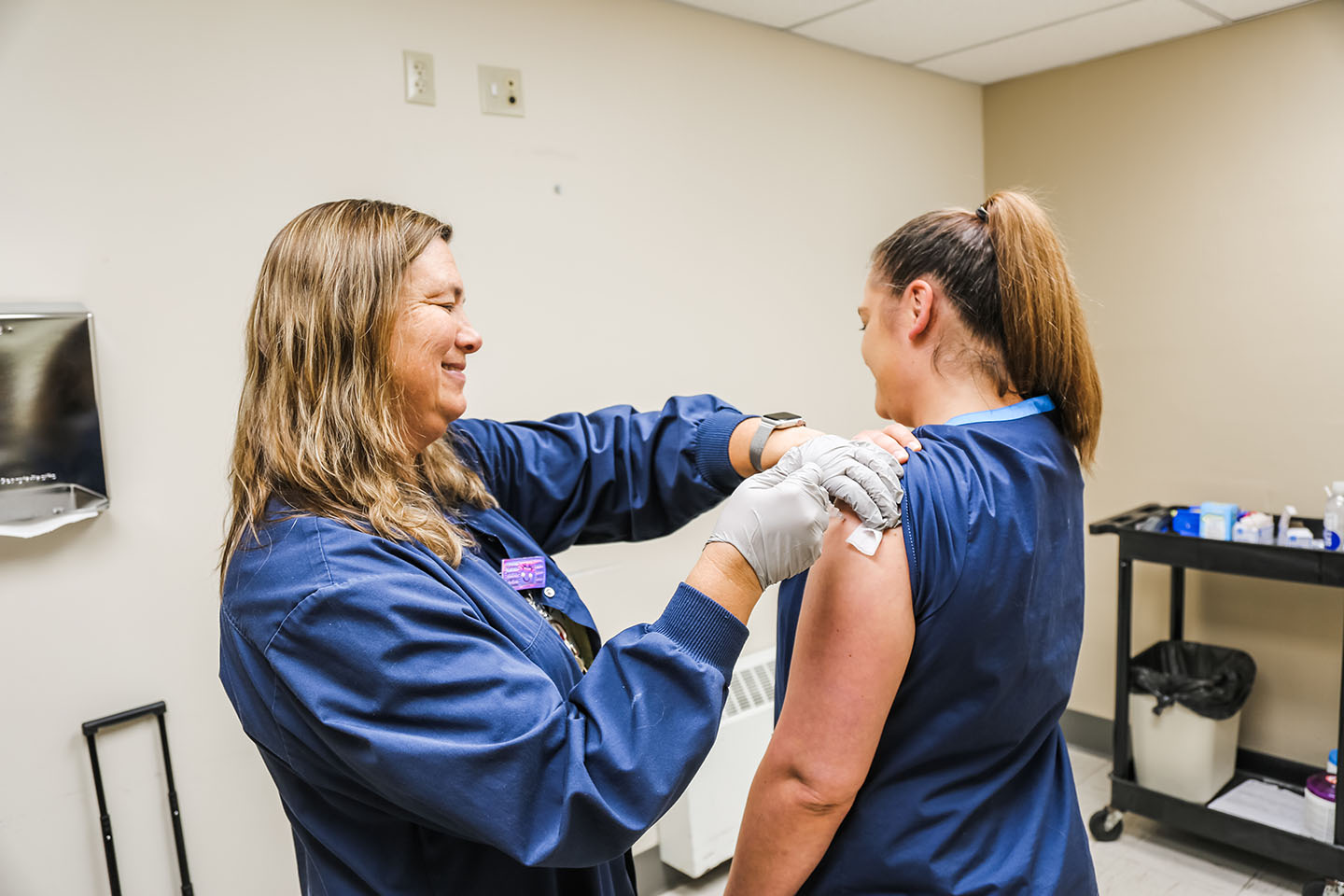 The viruses in a flu shot are killed (inactivated), so you cannot get the flu from a flu shot.

The flu is a contagious disease, but it’s not the only thing that can spread. Sometimes, rumors or misinformation about the flu or flu vaccines also “go viral.”

Truth: The viruses in a flu shot are killed (inactivated), so you cannot get the flu from a flu shot. Some minor side effects that people may experience from flu shots include soreness, redness and/or swelling where the shot was given.

Truth: If you’re a healthy adult, you might think you’re way down on the list of people who need a flu shot. However, the seasonal flu vaccine not only helps you from catching the flu, it helps you from spreading the disease.

The flu vaccine is not a guarantee that you won’t get the flu, but a flu shot greatly improves your chances of not getting the disease. If you don’t get the flu, then you’re also reducing the chance that you’ll infect someone else with the flu.

Getting the flu shot shows your consideration for the people around you who are more vulnerable to the flu, such as infants, seniors and people of all ages with chronic illnesses.

Truth: The Centers for Disease Control and Prevention (CDC) conducts studies each year to determine how well the flu vaccine protects against flu. Effectiveness can vary, with recent studies showing that the flu vaccine reduces the risk of flu illness by between 40% and 60% among the overall population during flu season.

Remember, the flu vaccine becomes effective about 2 weeks after you receive the shot.

Myth: You don’t need a flu shot every year.

Truth: The flu vaccine formula is based on what experts believe are the strains most likely to cause illness during each flu season. Therefore, getting a flu shot every year is important as the vaccine contains the strains that are believed to cause illness that specific season.

Myth: I’m pregnant, so I can’t get the flu shot.

Truth: Pregnant women should get a flu shot, but not the live attenuated vaccine (LAIV) or nasal spray version of the flu shot. Evidence shows that flu shots can be safely given to women during pregnancy.

After giving birth, women, even if they are breastfeeding, can receive either type of vaccine.

Myth: The flu is just a bad cold.

Truth: In general, the flu is worse than the common cold, and symptoms are typically more intense and begin more suddenly.

People with colds are more likely to have a runny or stuffy nose than people who have the flu.

Myth: If I get the flu, I can just take antibiotics.

Truth: Antibiotics are used to treat bacterial infections. However, the flu is a virus. Antiviral medications can be taken within 48 hours of symptoms appearing and may decrease the duration of the flu by 1 to 2 days.

Myth: The flu shot by itself will protect me from the flu.

Truth: While getting a yearly flu shot may prevent you from getting the flu, you also should remember these tips to avoid the spread of germs:

Seasonal flu disease usually peaks between December and March most years, but the disease can occur as late as May. If you have questions about the flu, talk to your primary care provider. With MyChart, you can send messages to your doctor.