Is an IUD Right for Me? 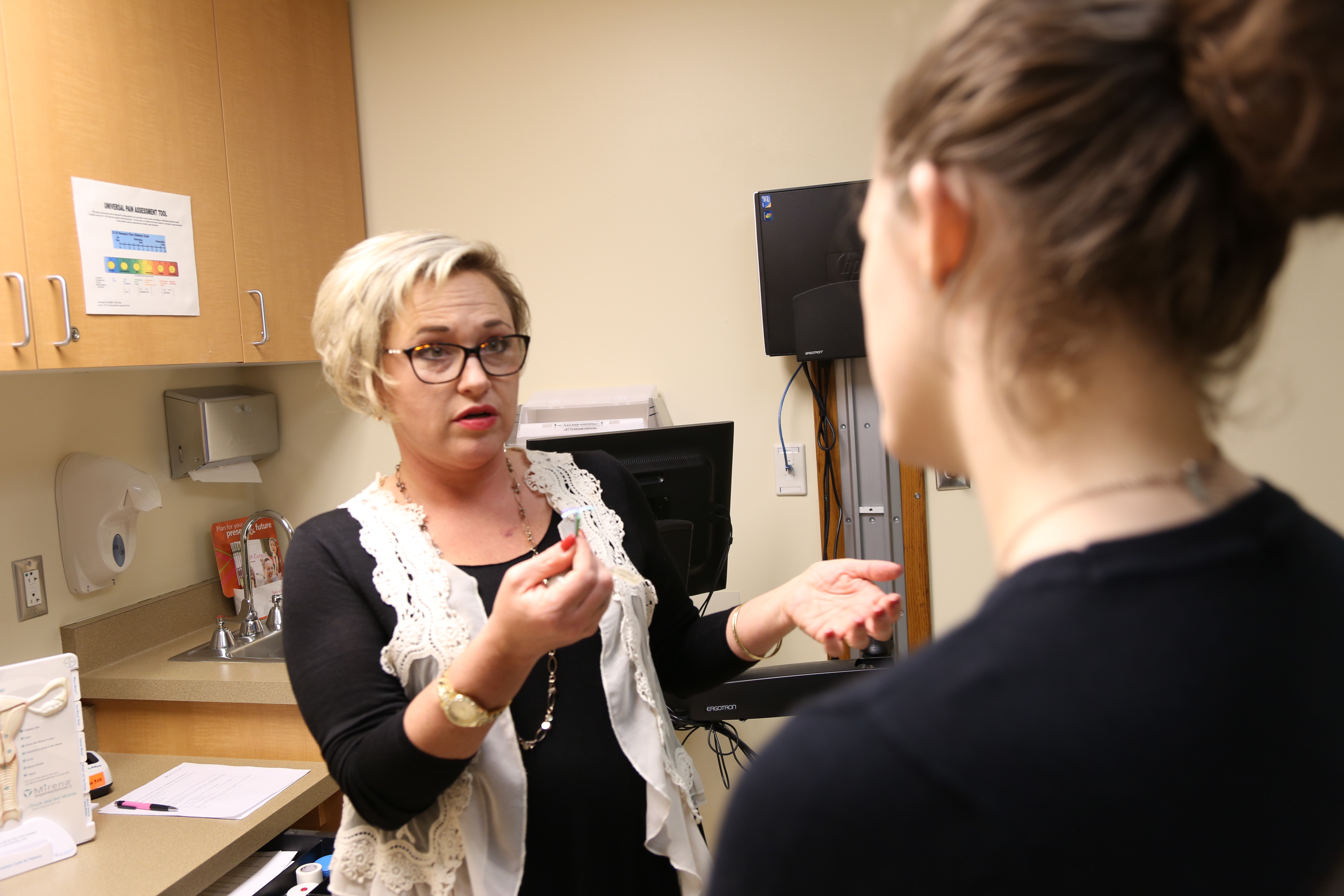 Benefits of IUDs include offering long-term contraception, being a highly effective form of birth control (99.97% efficacy rate) and being reversible.

IUDs, or intrauterine devices, have become a popular choice of birth control. These T-shaped devices made of plastic with hormones in them or copper, are placed in the uterus to prevent pregnancies.

Many IUDs last from three all the way up to 10 years and can prevent pregnancies and address menstrual bleeding concerns.

Deciding whether an IUD is right for you is an important and personal decision.

How does an IUD work?

IUDs can prevent pregnancies by thickening cervical mucous which can prevent sperm from entering the uterus. IUDs also change the environment of the uterus, making it inhospitable to sperm and pregnancy.

What are the benefits and risks of IUDs?

Benefits of IUDs include offering long-term contraception, being a highly effective form of birth control (99.97% efficacy rate) and being reversible. IUDs with the hormone progestin can thin the lining of the uterus, which reduces menstrual bleeding. Talk to your doctor to see if an IUD is an appropriate treatment option for menstrual bleeding concerns.

Major risks of IUDs include perforation of the uterus (hole forms in uterine wall), ectopic pregnancy (pregnancy occurring outside of the uterus) and infections. In addition, IUDs can become ineffective if they are poorly positioned or fall out.

Since the IUD is not sewn to the inside of the uterus, a small risk exists of the device coming out of place, either immediately or over time. Rarely, the IUD may become embedded in the uterus.

Who should and should not get an IUD?

IUDs may be safely used in patients who have been appropriately screened. If you are not currently pregnant and want long-term, effective contraception, an IUD may be a good option for you.

If you are at risk for pelvic infections or have known uterine abnormalities, IUDs may not be the right choice for you. Patients who have sensitivities or negative reactions to hormones should consider using an IUD without hormones, such as a copper IUD. Use IUDs with caution if you have a history of ectopic pregnancy.

What are the different types of IUDs?

The following IUDs are available in the US:

How do I decide which IUD is right for me?

Using a long-term birth control method, such as an IUD, is an individual choice. Discuss any concerns you may have with your healthcare provider before deciding whether an IUD is right for you.

What does the procedure to place an IUD look like?

You will need to abstain from unprotected sex for a minimum of 2 weeks before getting an IUD. About an hour before the procedure, you may take over-the-counter ibuprofen (Advil, Motrin) or acetaminophen (Tylenol).

IUDs are most commonly placed in the doctor’s office by a women’s health provider. On the day of the appointment, you will likely need to leave a urine sample for a pregnancy test.

You will be positioned similarly to when a Pap smear is collected. The IUD will be inserted and positioned appropriately. The procedure typically lasts 5 minutes or less. Many patients experience cramping and some spotting during and after the procedure.

What are side effects of IUDs?

Side effects may include the following:

Rarely, patients with IUDs report pain or bleeding during sex, headaches, weight gain and worsening of mood concerns, such as depression. These symptoms are more commonly reported in patients who have an IUD with progestin.

Can I still get pregnant with an IUD?

No birth control methods are 100% effective. Pregnancy with an unexpired and properly positioned IUD is unlikely.

If pregnancy does occur, the pregnancy may occur outside of the uterus (ectopic pregnancy). In this case, contact your healthcare provider immediately. The IUD would need to be removed, and further testing would be needed to ensure the pregnancy is developing in the uterus.

How does an IUD affect my menstrual cycle?

An IUD containing no hormones may initially cause your menstrual bleeding to become heavier, and you may experience more cramps. These symptoms typically lessen over time, and your periods will return to normal – before the IUD was inserted.

IUDs with progestin typically decrease the amount of menstrual bleeding over time.

How does an IUD affect my fertility?

An IUD usually does not have any long-term effects on fertility. With non-hormonal IUDs, fertility would be restored immediately after the device is removed.

For IUDs containing progestin, fertility is usually restored up to a week after the IUD is removed and the effect of the hormone wears off.

Do IUDs protect against sexually transmitted diseases, or infections (STDs/STIs)?

Talk With Your Doctor

The Phelps Health Women’s Health Center and Maternity can help answer any questions or concerns you may have about IUDs. Call (573) 426-2229 to learn more.