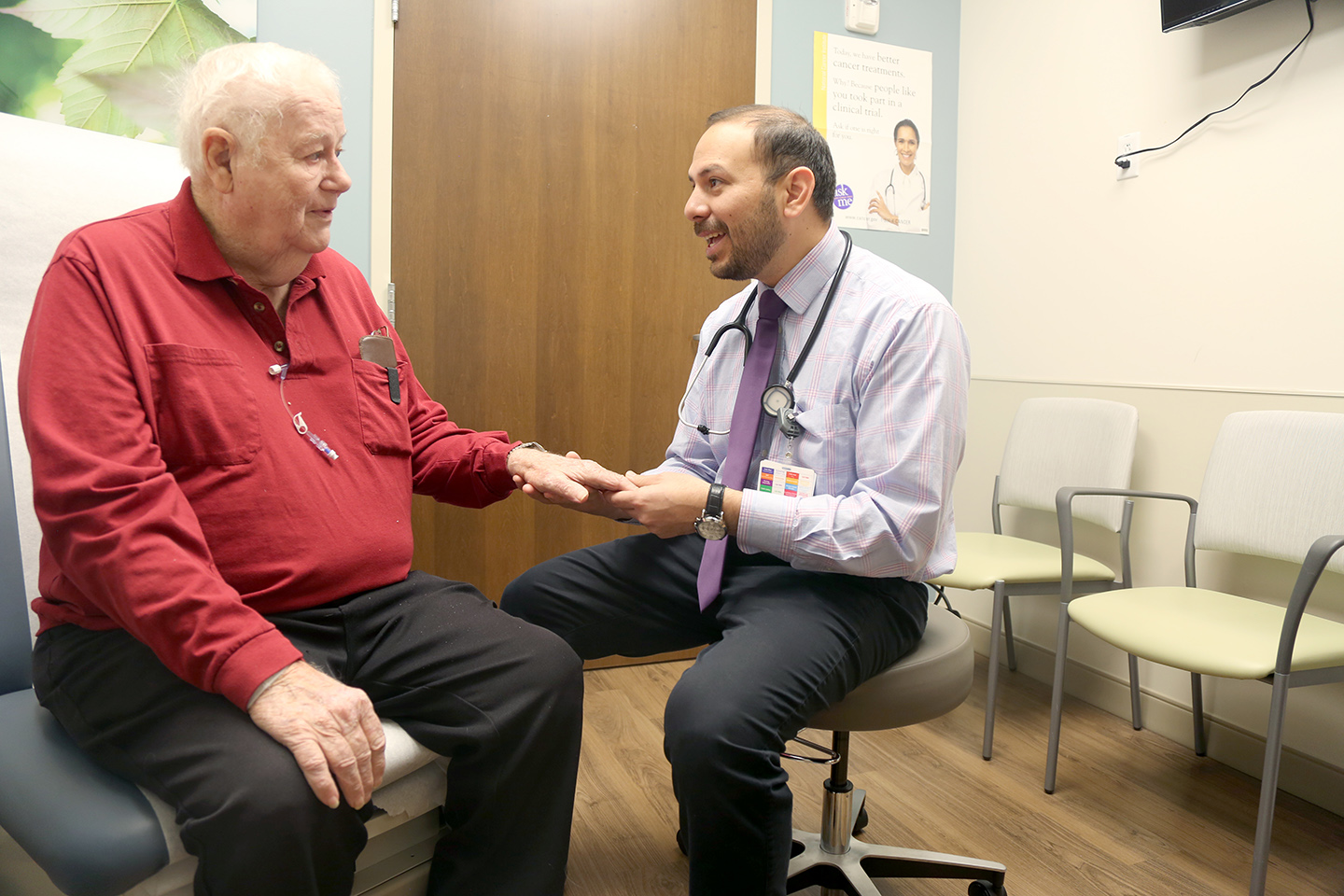 A moment of inspiration while meditating years ago led Thomas Guerrero-Garcia, MD, to choose healthcare as his career path, and to this day, he is glad he made that decision.

One day in high school, he began meditating, which was something he had never done before. He thought about what he wanted to do in life and what he enjoyed.

“I like to help others, and with medicine, and especially cancer care, you get to help others,” Dr. Guerrero-Garcia said. “So, I thought I’d give it a try.”

He did well in his anatomy and biology classes, and he credits a talented teacher as to why he became interested in science.

Except for one relative who is a psychiatrist, Dr. Guerrero-Garcia is the only person in his family who works in the healthcare field.

“I originally thought I was going to be a pathologist (a doctor who specializes in the causes and effects of diseases),” Dr. Guerrero-Garcia said. Instead, he decided to pursue his passion of caring for cancer patients.

A medical oncologist usually treats cancer using chemotherapy, immunotherapy or other medications, whereas a radiation oncologist uses radiation therapy to treat cancer. Hematologists are doctors who specialize in blood disorders.

He also finished an advanced fellowship focusing on blood cancers -- such as multiple myeloma -- at the Jerome Lipper Multiple Myeloma Center/Dana-Farber Cancer Institute at Harvard Medical School in Boston, Massachusetts.

Communicating with patients and their families as well as interacting with people at Phelps Health are two things he enjoys most about being a physician. “You really get to know the patients,” he said.

While some may consider Rolla, MO, a small town, Dr. Guerrero-Garcia said he was impressed with the DDCI when he interviewed at Phelps Health. The cancer center is a hub for several research projects, he noted.

In addition, he said Phelps Health’s partnership with Siteman Cancer Center at Barnes-Jewish Hospital and Washington University School of Medicine in St. Louis, MO, is a great benefit to local patients.