The Phelps Health Delbert Day Cancer Institute (DDCI) is named after Delbert Day, PhD, Curators’ Professor Emeritus of Materials Science and Engineering and Senior Investigator (formerly Director) of the Graduate Center for Materials Research at the Missouri University of Science and Technology.

The creation of the DDCI was initially funded through a gift from Dr. Delbert Day’s daughter-in-law and son, Kim Day and her late husband, Ted.

He conducted the first US glass melting experiments in micro-gravity on NASA’s Space Shuttle and is co-inventor of special purpose glass microspheres, TheraSphere™, which are now being used worldwide to treat patients with inoperable liver cancer. He is a co-inventor of “Glasphalt,” which recycles waste glass by using it as part of the aggregate in asphalt paving.

Dr. Day’s numerous honors and awards include the following:

In 2009, he received the Toledo Glass and Ceramics award for his “Achievements in Education and Industry.” In 2010, he was awarded the Phoenix Award and was named “Glass Person of the Year” for his technical achievements and contributions to the glass industry.

Dr. Day is the former Chairman and President of MO-SCI Corporation in Rolla, a company he co-founded to manufacture special purpose glasses for healthcare, electronics, transportation, aerospace, chemical and sporting goods industries. He continues work as an educator, researcher, entrepreneur, consultant and multi-engine commercial pilot/flight instructor. 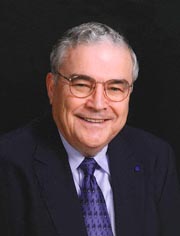