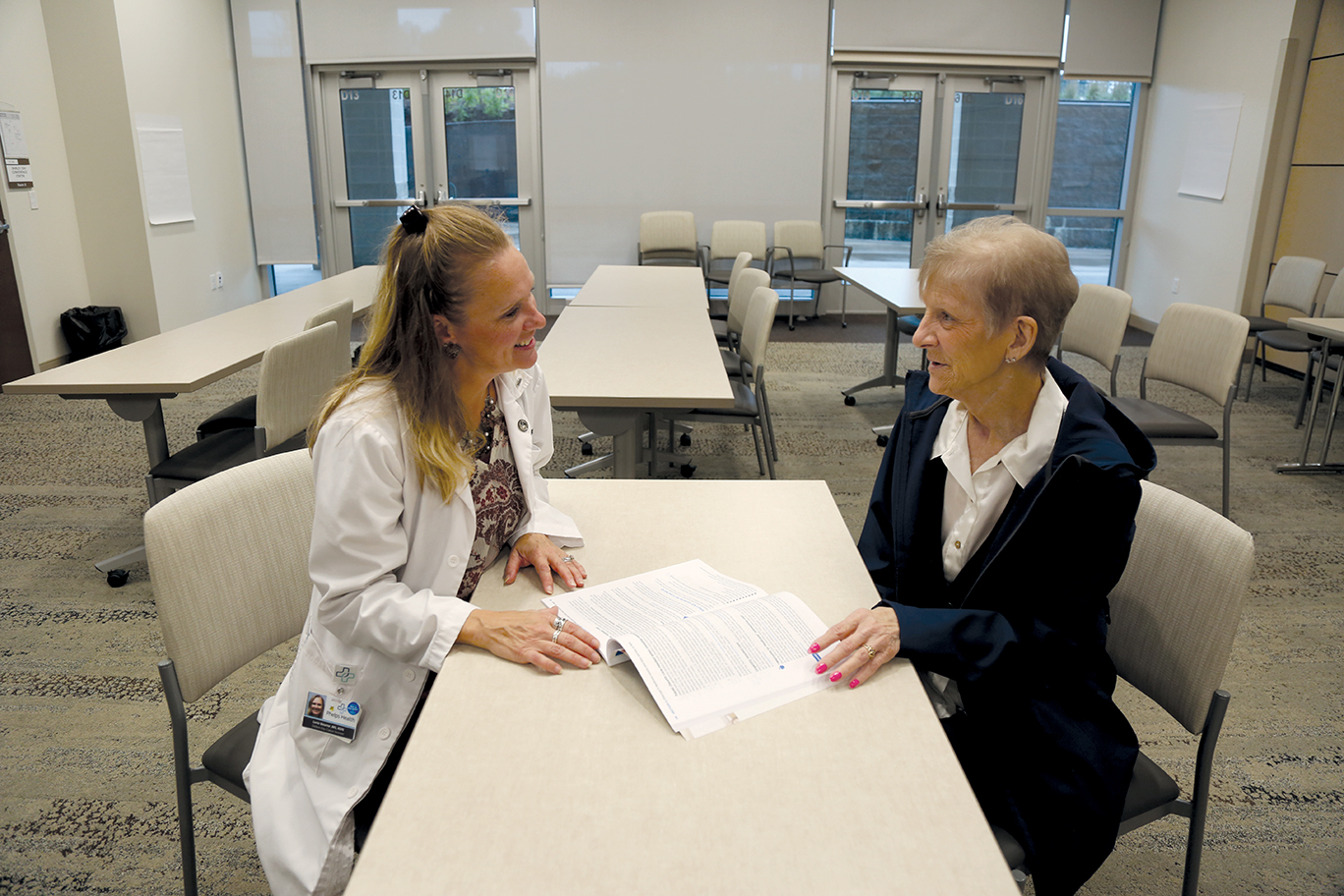 What started out as a lump under Angela Hartung’s tongue has led the 62-year-old Bourbon, Missouri, resident to undergo surgery and several treatments for two different types of cancer in less than a year.

With the help of compassionate and caring doctors, nurses and staff at the Phelps Health Delbert Day Cancer Institute (DDCI) in Rolla, Missouri, along with her family as her support system, Hartung believes she has beaten one of her cancers while she continues fighting the second.

“It’s a great place,” Hartung said of Phelps Health and the DDCI. “All of the people working here, from those in radiation to chemotherapy…everyone I have dealt with has been so wonderful.”

The lump under Hartung’s tongue had been hurting and bothering her for a while, so she made an appointment with her primary care provider in late 2018.

“I went to my regular doctor, and she gave me an antibiotic,” Hartung said. However, after a week, the lump did not go away; instead, it became bigger.

Hartung was referred to an oral surgeon in Rolla, who performed a biopsy on the lump. The results of the test revealed that Hartung had head and neck cancer.

To fight this cancer, Hartung met with Jason Rich, MD, a head and neck surgeon at Siteman Cancer Center at Barnes-Jewish Hospital and Washington University School of Medicine in St. Louis, Missouri. Dr. Rich recommended surgery to remove the lump.

After surgery, Hartung was given radiation therapy. Because the Phelps Health DDCI is part of the Siteman Cancer Network, Hartung was able to receive her treatments in Rolla, instead of St. Louis.

The Siteman Cancer Network is an affiliation led by Siteman Cancer Center that is committed to improving the health and well-being of people and communities through research, treatment and prevention.

While undergoing her treatments, Hartung developed lymphedema, which is swelling commonly caused by the removal of lymph nodes as a part of cancer treatment. Hartung said 74 of her lymph nodes were removed, with four of them testing positive for cancer.

However, Hartung’s story does not end there. In July 2019, Hartung had a CT scan, and a spot on her lung was discovered.

“They had seen something,” Hartung recalled, and so Cecilia Yshii Tamashiro, MD, a pulmonologist and critical care physician with the Phelps Health Medical Group, performed a biopsy, which came back positive for stage 3 lung cancer.

Because of that diagnosis, Hartung received another round of cancer treatments, including radiation therapy and chemotherapy at the DDCI. She is currently undergoing immunotherapy for her lung cancer.

In addition to Dr. Spencer, Hartung also was a patient of Kan Huang, MD, PhD, a medical oncologist and hematologist with the Phelps Health Medical Group who practices at the DDCI.

Hartung’s care providers have said they do not believe the first cancer under her tongue spread to the second in her lungs. Hartung also said she is not aware of any family history of head and neck cancer or lung cancer in her family.

Hartung complimented the DDCI care team, noting that “they help keep my strength going and keep my hopes up.” She added that the staff also is respectful.

“I could not ask for any better care,” she said. “I would definitely recommend Phelps Health and the Delbert Day Cancer Institute to anyone. They treat you like you are special, like you are the only patient here.”