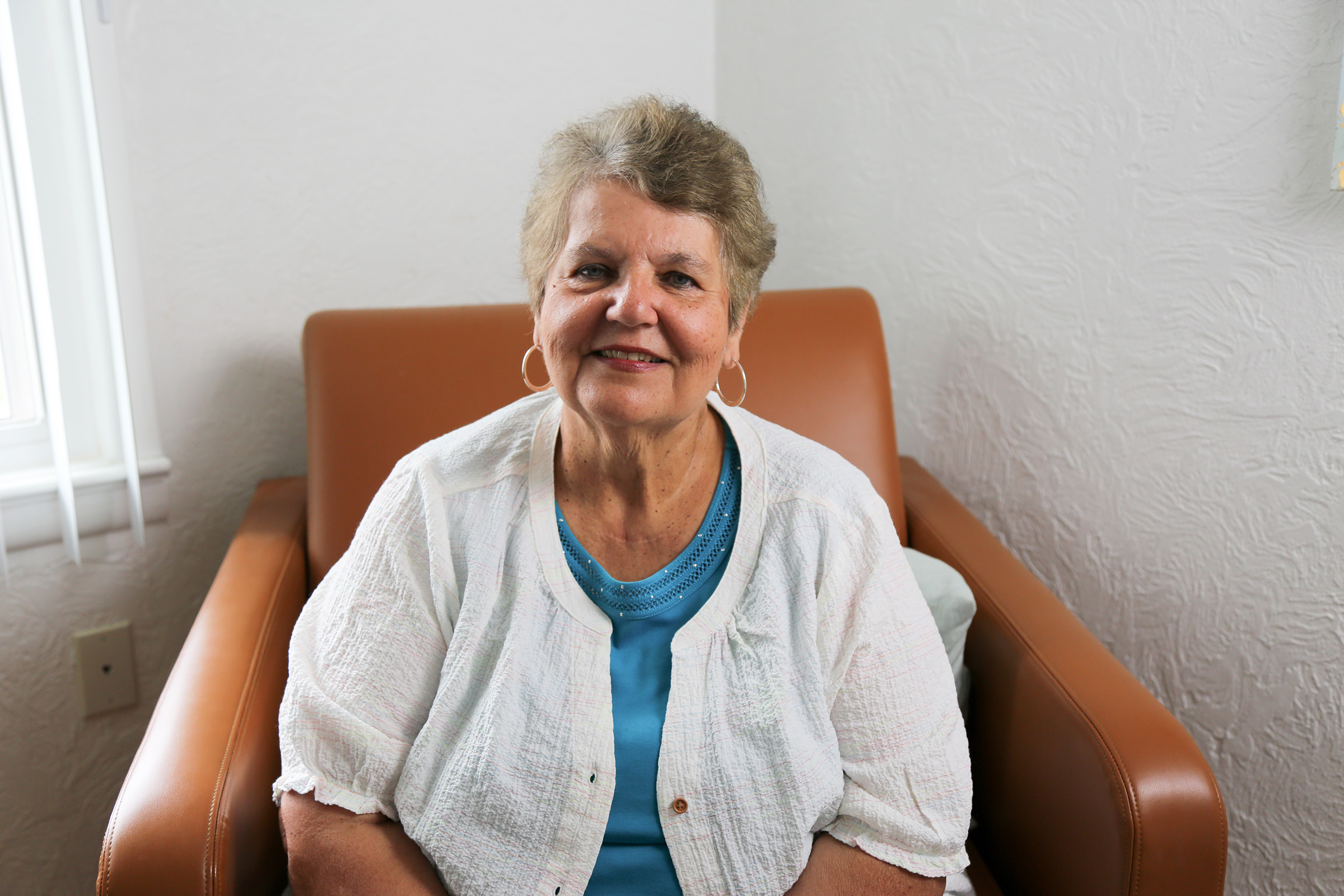 Ivana Harris’s first encounter with cancer was in 1987 when she was diagnosed with ovarian cancer and received chemotherapy treatments at Barnes-Jewish Hospital in St. Louis, MO.

Around 2017, she was diagnosed with thyroid cancer and treated by Christopher Spencer, MD, medical director of radiation oncology and radiation oncologist, at the Phelps Health Delbert Day Cancer Institute (DDCI) in Rolla, MO.

In the spring of 2021, Ivana was diagnosed with stage III esophagus and stomach cancer.

“When my husband and I found out that I had cancer again and that it was so advanced, we were devastated,” she says. “When you find out that you have stage III cancer, it is a shock. It was very hard emotionally to accept the diagnosis.”

Before being diagnosed, Ivana felt like she had a lump in her throat that wouldn’t go away.

“I would recommend Phelps Health and the DDCI. I can’t imagine driving somewhere else for treatment. We are very, very lucky to have this local service.”

After receiving an endoscopy (a procedure that looks at a person’s digestive system) that confirmed she had cancer, she was referred to the DDCI by Phelps Health Gastroenterologist Hadi Bhurgri, MD, and Phelps Health Oncologists Dr. Spencer and Thomas Guerrero-Garcia, MD, for radiation and chemotherapy treatments.

“I chose Phelps Health because I knew this was a good hospital, and I had heard good things about the DDCI,” Ivana says.

During chemotherapy treatments, Ivana says she experienced wonderful care from the entire staff at the DDCI.

“I used to fall asleep while getting chemotherapy because it could take all day. One time I woke up, and a nurse came up and said, ‘Hello, sleeping beauty. How are you today?’ and I thought it was the sweetest thing,” says Ivana.

She says many people receiving chemotherapy treatments are exhausted, and she appreciates the compassion staff has for their patients going through such a difficult time in their lives.

“I would recommend Phelps Health and the DDCI. I can’t imagine driving somewhere else for treatment. We are very, very lucky to have this local service.”